When you bring us a contract to review, we are doing much more than simply reading the document. When reviewing any legal document, we are actually carefully analyzing the language of the document and evaluating several different things:

When we review a contract we are giving you a legal opinion about what the legal consequences of signing the document will be. The purpose of a contract review is to make sure your interests are protected and that you are not being taken advantage of.

Because contracts are designed to be legally enforceable agreements, it is important to look at a contract from a legal perspective as well as a business perspective. 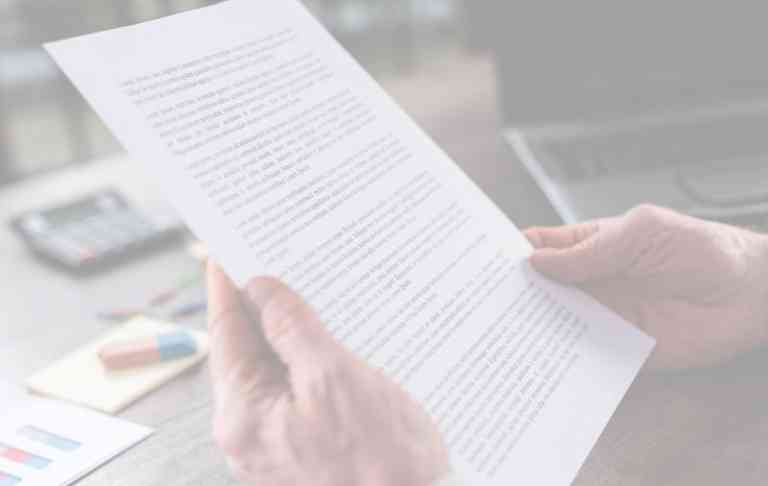 Through years of training and experience, attorneys have come to not only understand what all the terminology in a contract means, but how it will affect you and your business. A lawyer can help you see possible traps in a contract that you never realized were there.

Having a contract attorney or qualified business lawyer conduct a contract review is one of the best ways businesses can avoid signing legally binding agreements that they later regret.

When a lawyer conducts a review of your business contracts and legal documents they will help you understand:

Contracts Are About More Than the Deal

Typically, businesses enter into contracts as a way to memorialize a deal. Some deals are more complicated than others. But, a contract is often about much more than the negotiated deal. A contract often has clauses that will govern all the aspects of the commercial relationship between the two sides.

The contract may deal with issues such as:

All of these issues may touch on the deal the two parties are striking, but the contract is concerned about the legal consequences of everything that could happen during the course of the two sides trying to fulfill the contract.

Often small business owners haven’t even considered these possibilities because they are focused on getting the deal done and getting back to business. A business attorney can help your business avoid a contract that gives the other side too much leverage.

Typically, contracts are not perfectly fair. The way the contract is written will usually favor the side that drafted the contract. When you have an experienced small business attorney, that understands how the terms of the contract could impact your business, looking over your legal documents before you sign them, you are able to avoid future business litigation problems and to push back against terms that make the contract too one-sided.

For most people, the worst part of a contract is all of the legal jargon. However, this legal jargon can serve an important purpose. There are many phrases that have specific legal meanings and consequences that may be different from the way the words or phrases are used in normal conversations.

These terms of art often determine how a court will decide what a contract means. Unless you have had specific experience with a given term of art, it can be difficult to understand their consequences. Sometimes, it can even be difficult to know that a particular phrase means something completely different in the context of the contract than the way the phrase might ordinarily be used.

As your business lawyer we will interpret these phrases and explain their consequences during the course of a contract review. When businesses end up in contract disputes it is often because one side did not fully understand what the contract entailed. The legal jargon or terms of art are usually at the heart of the confusion.

Having a contract fully vetted by an Orlando contract lawyer will help you fully understand your company’s rights and duties under the agreement so that you are able to enter into the agreement with your eyes wide open.

Is the Contract Clear?

One of the most dangerous issues a contract can have is ambiguity. Contracts are designed to be legally enforceable agreements. This works well when the terms and clauses of a contract clear and well drafted.

But, when anything of the terms are confusing or ambiguous, it makes disputes much more likely. Ambiguous terms may lead the two sides to have widely divergent versions of what each other’s duties and responsibilities are under the contract. Contract disputes not only get in the way of the two sides doing business together, but they often lead to expensive litigation.

However, it is during litigation that poorly worded contracts can cause the most trouble. If the terms of the contract are clear, it is easier to predict the outcome of the litigation. This makes cases easier to settle.

But, when the terms are unclear it may make it difficult to predict how the court will interpret the language of the contract. Just like in business, in the law uncertainty is expensive.

Poorly worded contracts can even cause a court to rule that there was never an enforceable agreement of any kind between the two sides because of the confusing and ambiguous wording of the legal documents.

A contract lawyer will easily be able to spot poorly drafted clauses. They can suggest changes and improve the clarity of the contract. This will help prevent misunderstandings and disputes, save you money on future litigation costs, and let you spend your time running your business instead of sorting out contract issues.

What Happens If There is a Dispute?

When lawyers are reviewing and drafting contracts they are always focused on what would happen if there were some type of contract dispute. Contracts are written to give businesses greater predictability in their commercial dealings.

That predictability comes from understanding how the legal system would ultimately deal with a contract dispute. Businesses often approach contracts like a young couple in love approaches marriage. Businesses are not focused on what happens if one side breaches the contract, they are just excited to get the deal done. They are confident this deal will be great for both sides.

However, often the most important clauses of the contract deal with the worst-case scenarios. The best contracts make the costs of a breach of contract clear.

When a contract lawyer conducts a legal document review they are, among other things, looking to see if there are any clauses that state:

If you did not draft the contract you may be surprised to find out that if something goes wrong down the road, the contract may require you to file a lawsuit in some faraway location, instead of here in Florida. The contract could even restrict your right to even bring a lawsuit. Instead, you may have to deal with a private arbitrator, that you did not get to choose, as a result of an overlooked Alternative Dispute Resolution clause.

Because our contract attorneys  are not invested financially or emotionally in the deal, they are able to give you a fact-based assessment of what could happen should there be a dispute later on in the relationship.

The last thing you want, is to be surprised by how limited your rights are after you have already signed the contract. 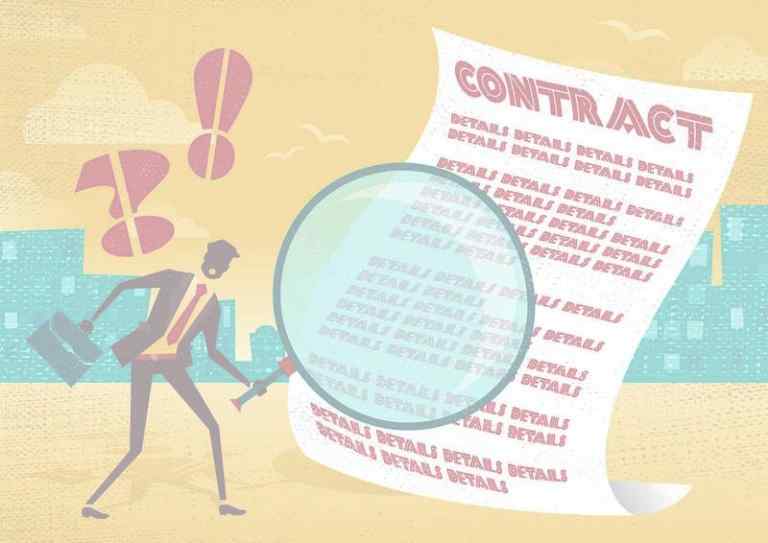 We will go through the contract with you and highlight any terms or clauses that: put you at a disadvantage,  are unclear, restrict your rights, could cause you problems in the event of a dispute

After you understand the legal consequences of the contract as currently drafted we will likely suggest one of the following course of actions:

We will give you legal advice, but it is up to you to either accept the deal or to request changes. Sometimes businesses, especially small businesses, are afraid to ask for changes in the contract because they worry that they will lose the deal. However, many businesses expect there to be some back and forth over the terms of a contract.

Once we have reviewed the contract and provided our recommendations, if you feel uncomfortable negotiating new and / or better terms you can always have us negotiate for you. When you are really close to a deal negotiating terms that protect you and your business can be challenging. We aren’t attached to the deal, we’re at the negotiation table to protect you, your interests and reduce risk to your business.

Below are a few issues you will want to pay special attention to:

Even if you have years of business experience handling contracts, you will still want to have a contract lawyer review your legal documents. Not only will a lawyer be able to give you insights into the legal aspects of the document, they will also provide you with an outside perspective.

Having a lawyer conduct a contract review protects your business from making mistakes and can also open you up to new opportunities.

Our team has handled thousands of different contract issues. Our extensive experience with and knowledge of contract law allows us to be able to efficiently evaluate contracts for fairness, clarity, and to spot any language or terms that may put you at a disadvantage in the future.

When we perform a contract review, we examine the contract with your specific business position in mind. We have litigated enough breach of contract cases over the years to understand that the seeds of any contract disputes are planted in the original contract itself.

We will help protect your interests by making sure that you understand all of the potential dangers in any contracts that you are considering. Let us help you keep your business running smoothly by reviewing your contracts.